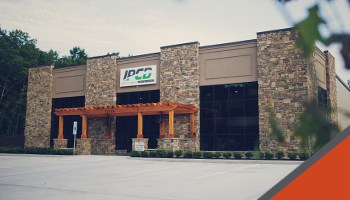 “The past two decades of hard work at Superior has developed a strong product offering backed by a just as strong brand of customer service.,” says Bill Harvey, president and founder of IPCD.
“Superior is a clear choice for any industrial distributor.” Previous to acquiring IPCD, Harvey was the founder and president of CCI Conveyor Pulleys.

Before coming under new ownership, IPCD was known as Industrial Products Incorporated, a supplier of conveyor equipment and components since 1976.

From Rock Face to Load Out®, Superior Industries engineers and manufactures groundbreaking bulk material processing and handling equipment and cutting-edge components. From its headquarters in Morris, Minnesota, USA, the manufacturer supplies bulk crushing, screening, washing and conveying systems and related parts for industries like aggregates, mining, bulk terminals, agriculture, power and biomass. In addition to its home plant, Superior operates from several other U.S. facilities and internationally-based plants in Canada, Brazil and China.