Shale is the most abundant sedimentary rock in the world. Formed from the compaction of silt and clay-size mineral particles, shale is often called a “mudstone,” and is described as being “laminated” or made up of many thin layers. The Expanded Shale & Clay (ES&C) group at Texas Industries, Inc. (TXI) is one of the largest producers of rotary kiln expanded shale and clay lightweight aggregate in North America, and is the largest supplier of this material west of the Mississippi River. For more than 100 years, ES&C lightweight aggregates have been used in applications that require strength without excessive weight – projects that include highway surfacing, concrete bridge decks, high-rise buildings, masonry, soil amendment, and more. 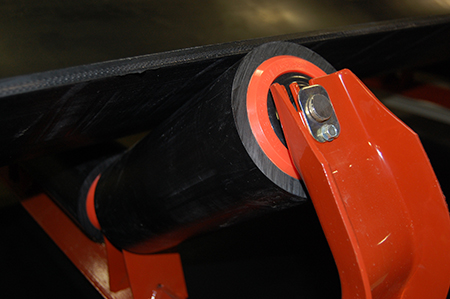 Moxie Rolls resist corrosion and are up to 50% lighter than steel idlers.

The TXI Streetman ESC Plant is located near Corsicana, Texas, which is about 65 miles south of Dallas. Plant Manager Wynne Stallcop says that many in the aggregate industry know about his plant, “but few truly understand our processes.” He describes the plant as “a hybrid facility” as it operates crushing and screening circuits, but it also operates a kiln. After shale is excavated, crushed and screened into various sizes, particles are fired in the rotary kiln at temperatures exceeding 2000˚ F. At these extreme temperatures, gasses form tiny air cells within the aggregate. A hard vitreous membrane, consisting mainly of silica and alumina, surrounds each air cell. The glowing red-hot aggregate is then discharged into a cooling container, followed by screening and storage in various product stockpiles.

Stallcop says that the plant has more conveyor belting than the typical aggregate plant. “We have more than 15,000 feet or about three miles of belting. We maintain about 3,800 troughing idlers and those are just the 35-degree, five-can idler rolls. With the normal friction of the belt, or with material buildup, we were wearing out cans left and right. I could literally have a team doing nothing else but replacing idler rolls during each shift,” he says, adding that he started pressing his maintenance team for ideas on what could be done to extend idler life.

“We needed idlers that would give us significantly more wear life, because we wanted to reduce maintenance labor. Importantly, when idlers fail, you have the potential of tearing up the belt – and you have the downtime, the housekeeping and all the other costly situations that occur when the belt is not running,” says Stallcop. 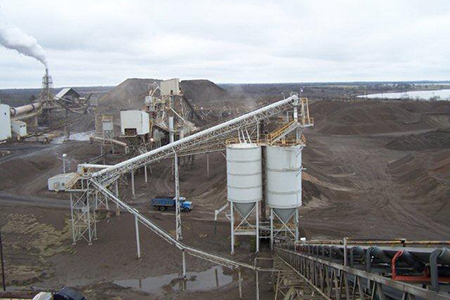 Local equipment dealer McCourt & Sons recommended that the facility try the use of Moxie® Rolls, which are designed and manufactured by Superior Industries. “As a test, we started placing them in high impact, high traffic areas, and we found that they delivered more than 4-times the wear life of other idlers we had used previously, and at only a 17-percent higher cost. For me, it was a no-brainer to expand their usage throughout the operation,” says Stallcop.

According to Superior Industries’ engineers, Moxie Rolls are retrofittable idler rolls that are designed with a specially formulated high density polyethylene (HDPE) material, which is highly corrosion resistant and sheds material quickly. When combined with a seal design that protects against bearing damage, these rolls offer extended wear life, with significant reductions in the frequency of roll replacement due to bearing failure and shell wear.

“We’re already seeing the long-term benefits,” says Stallcop. “Maintenance costs have been drastically reduced. Replacing idlers after a year or more, versus 75- to 90-day intervals, makes a tremendous difference. Aside from labor costs, we know that in the last six months, we have realized more than $15,000 in savings in the purchase of idlers – and that is a conservative estimate. This savings just keeps multiplying during each month that we are not replacing idlers,” he says.

Proper seal design is the major factor in wear life, as typically, the seal is the first fail point. Jarrod Felton, chief engineer of standard products for Superior Industries, says that new seal design technology traps and ejects contaminants to prevent bearing damage. For example, he says, the SpinGuard® Seal System on the Moxie Roll involves triple labyrinth seals that increase the distance that contaminants must travel; grease fills that easily trap contaminants; and a contact seal that results in less seal drag than other contact-type seals. 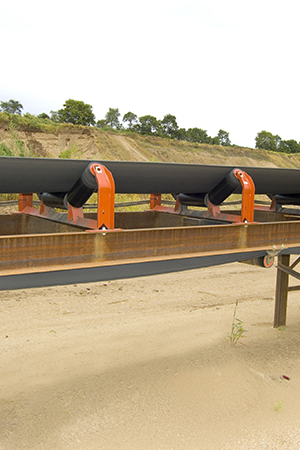 HDPE is abrasion and corrosion resistant, perfect for sticky environments.

As to shell wear, Felton says that buyers should be aware that there are many grades of HDPE materials – from low quality regrinds and recycled plastic all the way up to ultra high molecular weight (UHMW) material, which is a very dense plastic that is often used in wear pads. “Our Moxie roll is comprised of an HDPE material that is close to UHMW, but not quite as dense. Generally speaking, this HDPE material (in a half-inch thickness), is known to resist abrasion and wear to a greater degree than that of the 9-gauge steel used in the same CEMA C class of steel idlers,” says Felton, adding that wear life is always dependent upon a number of factors which may include material type, load weight, and operating speed.

Importantly, the proper HDPE roll is a solution to the common problems caused by material buildup and corrosion when using traditional steel return rolls, says Felton. “Due to the lubricity of HDPE, the roll sheds sticky material far better than steel, which is prone to forming areas of buildup on the return roll that leads to belt misalignment and tracking issues,” he says. “As to corrosion, if it’s not steel, it’s not going to rust,” Felton says.

“I like it when our maintenance team drives past a belt and says, ‘yeah, it’s running just right again today,’” says Stallcop. “When we replace components, we want to replace them with something that is going to last. While it’s merely buzz words to some, we’re looking at total cost of ownership as our guide. We want to solve problems, not work to mitigate them each day. If all our time is spent repairing and replacing, we’re not contributing to the process – which is producing quality materials and supplying our customers.” 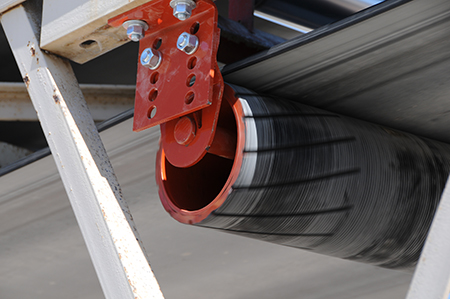 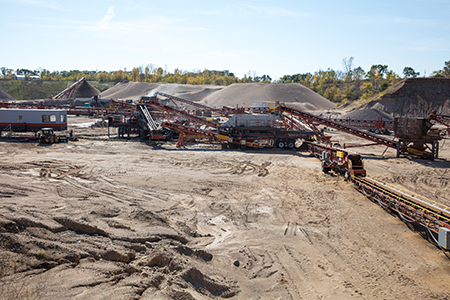 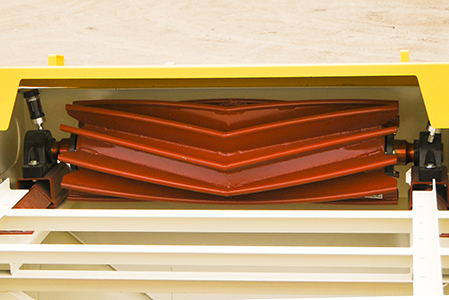