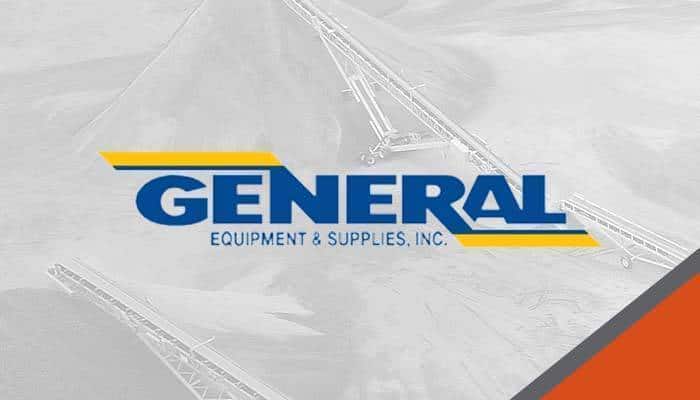 Morris, Minn. – Superior Industries, Inc., a US-based manufacturer and global supplier of bulk material processing and handling systems, is excited to announce a growing partnership with its longest serving equipment dealer. General Equipment & Supplies, Inc. — who purchased their first Superior conveyor way back in the early 1980s — will represent Superior’s full-line of equipment in two more states: Minnesota and North Dakota. A full-line dealer carries all of Superior’s crushing, screening, washing and conveying equipment plus parts.

“Since General Equipment’s home office is less than 100 miles from our Minnesota headquarters, this proximity has encouraged a constant exchange of ideas that have significantly improved our company,” says John Garrison, Superior’s vice president of sales. “We’re all very excited to expand our partnership in the region, which will create so many more positive opportunities for our customers, employees and all of their families.”

“Superior has attracted many key industry engineers to their business, which is greatly advancing their product offering, quality and support,” says Don Kern, vice president of the dealer’s aggregates equipment sales. “They have diligently maintained an American-made, family-oriented, customer first philosophy that competing manufacturers have forgotten about.”

General Equipment and Supplies invested in their first Superior brand conveyor during the fall of 1982. It was a small 24” x 75’ radial stacker. Since then, the equipment dealer has ordered almost 2,500 more Superior manufactured machines including the largest buyer of TeleStacker Conveyors in the world. While the numbers are impressive, Superior says it shows General Equipment is exceptionally committed to having iron on the ground when their customers call.

Today, General Equipment & Supplies has ten branches throughout four Midwestern states. They boast a massive inventory of machinery and parts, dozens of skilled service technicians and an in-house financing department.

From Rock Face to Load Out®, Superior Industries engineers and manufactures groundbreaking bulk material processing and handling equipment plus cutting-edge components. The 50-year-old manufacturer supplies bulk crushing, screening, washing and conveying systems plus all related parts and services for industries like aggregates and mining. In addition to manufacturing in Miramichi, New Brunswick, Canada, Superior is headquartered in Morris, Minnesota, USA with three additional U.S. facilities, plus international factories in Brazil and China.